Home → Mobile phone → Nomophobia, the fear of being separated from your cell phone 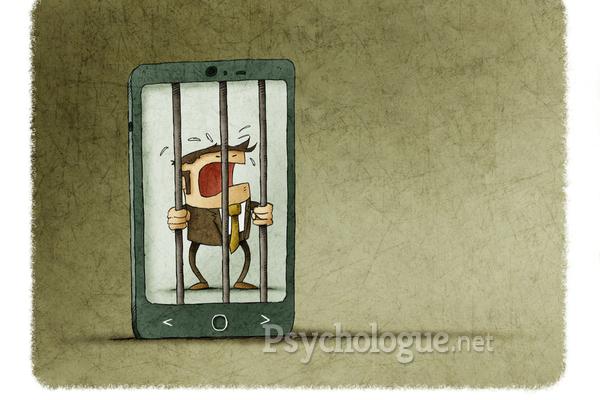 Nomophobia, the fear of being separated from your cell phone

Do you check every few minutes that your smartphone is in your pocket? Are you lost if you go out without? Do you feel naked when your battery is empty? So maybe you are nomophobic

Nomophobia: the fear of “no mobile phone”

Recent contraction of "no mobile phone" and phobia, it would be a very real anxiety according to a study conducted in the United Kingdom by the polling institute YouGov in 2013. According to her, no less than 53% of mobile phone users show symptoms of anxiety when they lose their phone, forget it, have no network coverage or run out of battery. 55% of respondents said they needed to keep in touch with family or friends at all times. And 10% said they needed to be contactable at all times for their work.

Faced with the magnitude of the phenomenon, researchers at Iowa State University have developed a questionnaire to identify this nomophobia. Like the famous tobacco addiction questionnaire, scientists have developed around twenty questions to determine your threshold for cell phone addiction.

And you, if you didn't have your smartphone with you?

By determining our degree of addiction, researchers hope to better understand whether there is a social, genetic or structural ground to our increasing addiction to cellphones.

Another study, conducted by Russell Clayton of the University of Missouri, clearly reveals that the small computers that are cell phones have become true extensions of ourselves, a phenomenon that increasing their capacity can only reinforce: they will soon be even faster, will have more memory, will be able to translate foreign languages ​​live, will be able to control ever more objects of our daily life, even our light bulbs and connected radiators...(1)

Clayton's research showed that participants in his work saw their anxiety levels, heart rate and blood pressure levels increase when they were disconnected from their mobile, and at the same time they felt psychologically diminished.