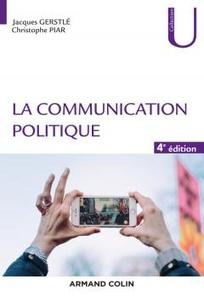 It was probably part of the imagination developed in the science fiction films of the years. But the reality has, for a long time, largely exceeded fiction. Admittedly, it allows you to call from anywhere to anywhere in the world, but this original functionality has been enriched with many others. So much so that the mobile phone has become a life assistant for many.

Originally, heir to the development of communication technologies, its invention is attributed to Martin Cooper, director of research and development at Motorola. Its first demonstration took place in the streets of New York in April 1973, but Motorola did not market its first mobile, the Motorola DynaTAC 8000X5, until March 6, 1973.

From then on, from progress to progress, mobiles, smartphones and other portables have undergone a dizzying evolution. Now equipped with numerous applications, they have become true managers of life.

A mutation that has also led to a change in behavior. To the point that we can now consider that there are real situations of addiction that must be prevented or cured like all addictions.

Phil Marso's initiative has made it possible to set up a day to question the consequences of cell phone use on users' lives. Since then, three days have been devoted to this "freeze frame" on the effects of mobile.

Moreover, Phil Marso wanted to particularize the theme of these days this year.

An opportunity to study all the effects of these applications.

He considers them time-consuming, as energy-intensive as they are incompatible with the ecological transition. Its analysis points out, for example, that "TikTok drains a battery twice as fast. The social networks Twitter & Facebook and the Opera, Google, Samsung Browser browsers are not left out." Finally, since the applications are often free, they are naively installed and immediately represent a risk of seeing the personal data delivered to the authors of these applications and of being tracked on a daily basis.

​These February 6, 7 and 8 should at least allow you to become aware of it.